What’s next for Dynamics 365 for SMBs

Today we learned via Znet that Microsoft waffles and rethinks its strategy around how to sell Dynamics 365 to small and mid-size businesses.

Microsoft originally announced plans for Dynamics 365 in July 2016. Officials said at that time that Dynamics 365 would be largely a repackaging and re-architecting of the capabilities of Dynamics CRM, Dynamics AX, and Project Madeira. Project Madeira, the codename for Microsoft’s Dynamics 365 Financials component, was designed to be a new small-business software-as-a-service offering built on the Microsoft Dynamics NAV platform.

At this week’s conference, Microsoft officials outlined plans for Dynamics 365 “Tenerife”, which is the successor to Madeira. Tenerife is meant to be both the next version of Dynamics NAV (one of Microsoft’s four different ERP product lines) and Dynamics 365 Finance and Operations, Business Edition and be available both as a cloud service and new on-premises release, as MSDynamicsWorld.com noted.

But the company’s plans to allow partners to “white label” Tenerife didn’t sit well with a number of partners, who were blogging and commenting on Twitter said they felt blind-sided and confused by that change in strategy.

Partners would be allowed to say these offerings were “powered by Dynamics 365,” but not actually Dynamics 365 itself, Mordue said, which created more concern and confusion.

But it seems Microsoft is now “walking back” this white labeling strategy, based on a September 21 post from Mordue. The company is reconsidering how and if to make white labeling part of the strategy, it seems.

It seems as if Microsoft does still plan to introduce in the Spring of 2018 the delayed “Business Edition” Dynamics 365 Sales and Marketing apps, as well as the Finance and Operations app — which also has been delayed from October 2017 to Spring 2018. But it may not brand these apps as “Business Edition,” based on reports from the Dynamics NA show. 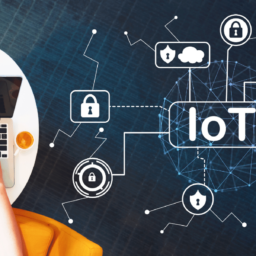 The Internet of Things (IoT) – Become a Reality

The Internet of Things (IoT) is a system of interrelated devices connected to a network and/or to one another, exchanging data without necessarily requiring human-to-machine interaction. In other words, IoT is a collection of electronic devices that can share information among themselves. Examples include smart factories, smart home devices, medical monitoring devices, wearable fitness trackers, smart city infrastructures and so… 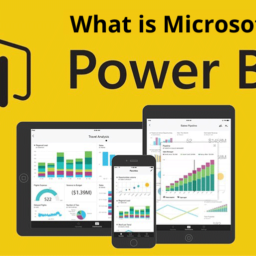 What is Microsoft Power BI?
0
5 Simple Steps To Implement Accounting Software In Your Company

Choosing the right ERP has always been a major challenge for businesses around the globe. The decision to opt for an ERP solution is a difficult one, but given the benefits,  it makes total sense for your organization to have a system in place that streamlines the way you conduct business. As ERP will be tied to all aspects of…

0
How To Setup Malaysia Tourism Tax In AutoCount Accounting Software

The tourism tax will be officially enforced from Sept 1, said Tourism and Culture Minister Nazri Aziz, Star Online reported. Malaysians and permanent residents would be exempted from paying the tax. Foreign tourists will be charged a flat rate of RM10 per room per night for all types of hotel rooms. The tax will not apply to homestays and kampung…